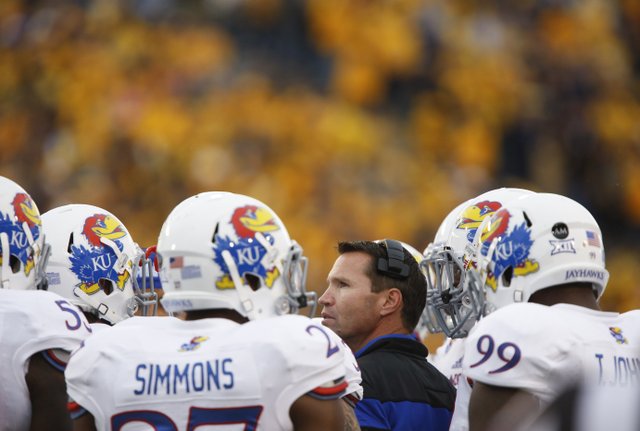 Kansas head coach Clint Bowen looks up at the scoreboard as he is surrounded by his defenders during the second quarter on Saturday, Oct. 4, 2014 at Milan Puskar Stadium in Morgantown, West Virginia.

With three games left in the 2014 Kansas University football season, including matchups against current Big 12 Conference co-leaders TCU and Kansas State, interim head coach Clint Bowen’s team has a lot more than just pride to play for down the stretch. By Matt Tait