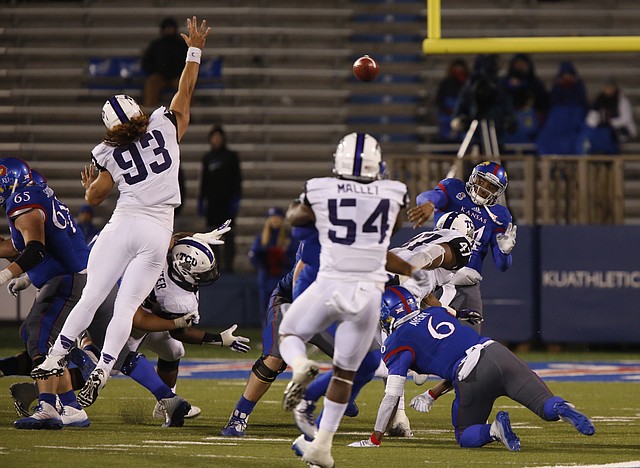 Kansas quarterback Michael Cummings throws over the TCU defense during the fourth quarter on Saturday, Nov. 15, 2014 at Memorial Stadium.

Kansas University quarterback Michael Cummings, for the second week in a row, played through pain in his right arm in last week's 34-30 loss to No. 5 TCU, but interim head coach Clint Bowen said Tuesday that Cummings was not dealing with anything serious.

No one will ever mistake Michael Cummings for Todd Reesing, but the two have a couple of shared characteristics that have led to some pretty good passing days for Kansas University’s football team when either guy is under center. By Matt Tait