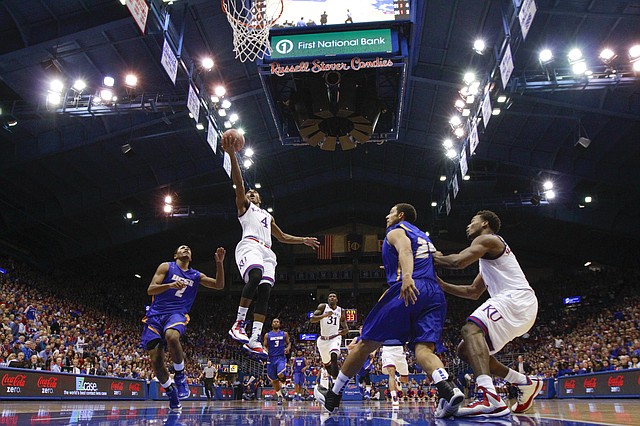 Kansas guard Devonte Graham glides to the bucket between UC Santa Barbara defenders Gabe Vincent (2) and Michael Bryson (24) during the second half on Friday, Nov. 14, 2014 at Allen Fieldhouse. At right is KU guard Wayne Selden.