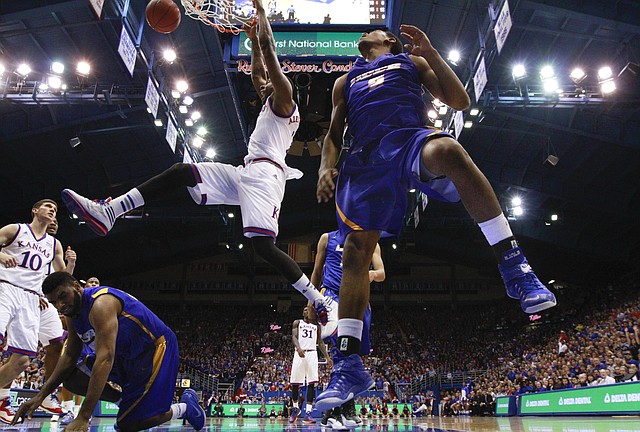 After pouring in nine points in 12 minutes during Friday's 69-59 victory over UC Santa Barbara, Kansas University freshman Cliff Alexander iced his right hand after the game and talked about the injury with Gary Bedore.

College basketball freshmen arrive at various stages of that transition from style — which is oh-so important at high school games and parties, AAU showcases and recruiting visits — to substance, which earns minutes. That journey was on full display for four KU freshmen during Friday's 69-59 victory over UC Santa Barbara at Allen Fieldhouse. By Tom Keegan