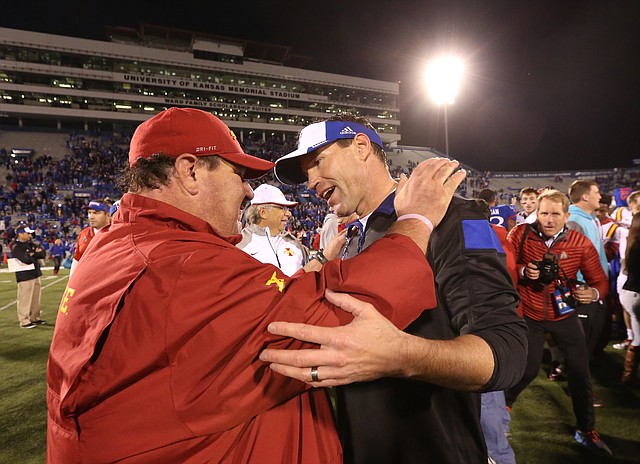 Paul Rhoads was focused on shaking the hands of Kansas University’s coaches and players, not the KU students who stormed the field after the Jayhawks’ 34-14 victory over his Iowa State Cyclones on Saturday at Memorial Stadium. By Gary Bedore

The Kansas University football team was not a very gracious host in welcoming former KU head coach and current Iowa State offensive coordinator Mark Mangino back to Lawrence for the first time since his ugly departure following the 2009 season. By Matt Tait