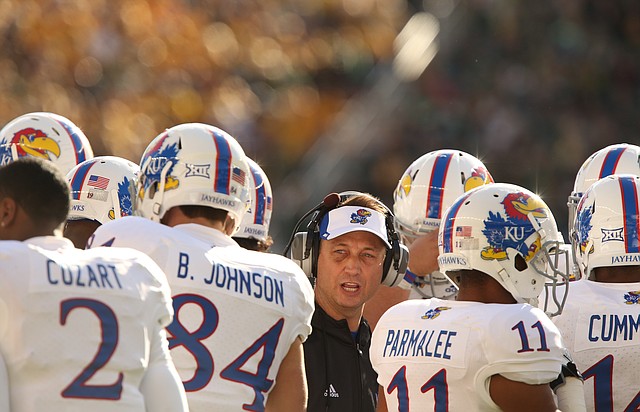 Energized by the chance to call plays again, Kansas University's co-offensive coordinator Eric Kiesau said this week that one of the most important aspects of the transition was not to throw too much at the Jayhawks too quickly. By Matt Tait

The Kansas University football team debuted a slightly new offensive look during Saturday's 60-14 loss to No. 12 Baylor, as wide receivers coach Eric Kiesau took over play-calling duties after being promoted to co-offensive coordinator. By Matt Tait