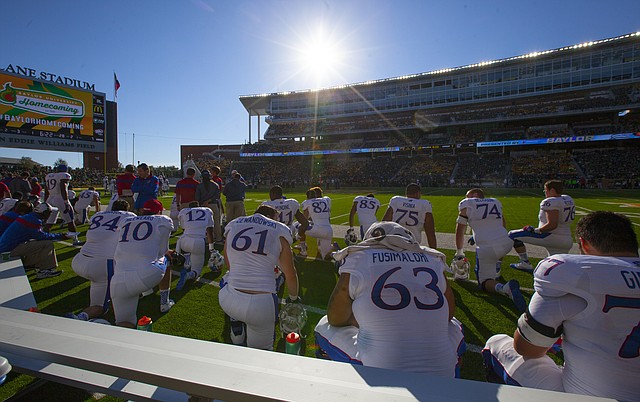 Kansas players take a knee on the sidelines as trainers tend to defensive end Keon Stowers, who was injured during the second quarter at McLane Stadium on Saturday, Nov. 1, 2014 in Waco, Texas.

Column: Huge loss over, big game ahead for KU

KU doesn’t field a Big 12-caliber football roster in terms of either quantity or quality. But that doesn’t mean it can’t play in a big game. It just so happens that game is the same one so many in Lawrence had circled on their calendars Jan. 6, the day Iowa State coach Paul Rhoads hired Mark Mangino as his offensive coordinator. By Tom Keegan