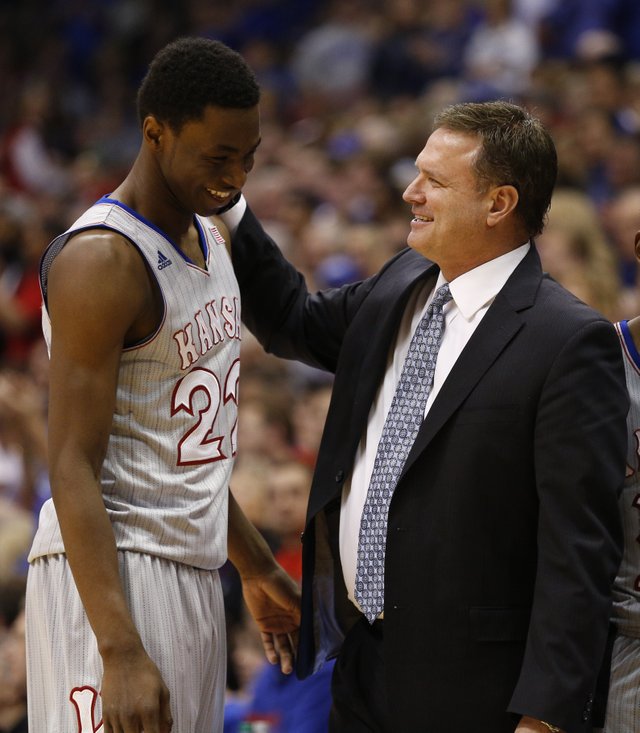 Bill Self talked with Cavs about vacancy

Kansas University coach Bill Self said Monday he spoke in general teams with the Cleveland Cavaliers’ front office about their head-coaching job, which was filled by David Blatt.

The 10th anniversary of the NCAA's academic progress rate brought good news for Kansas University. Led by men's basketball and volleyball's perfect 1,000-point four-year average, all 18 of KU's athletic programs came in well above the 930 mark that conveys programs in good standing according to the NCAA. By Matt Tait

Kansas University freshman basketball guard Andrew Wiggins will hold a news conference at 2 p.m. today, at which he will announce his intentions to enter the 2014 NBA Draft. By Gary Bedore

Self: ‘It’s been a fun year’ with young Jayhawk team

There are plenty of statistics available for those who wish to proclaim Kansas University’s basketball program the most dominant in the country during the entire 11-year Bill Self era. Perhaps most impressive is the fact the Jayhawks have won 10 consecutive regular-season Big 12 titles and 10 of 11 overall. Self’s first KU team placed second in the conference. By Gary Bedore