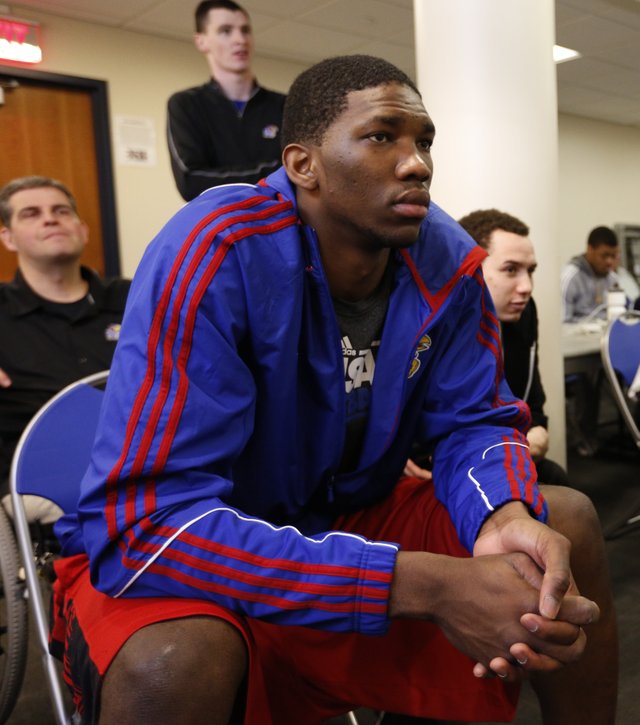 Kansas freshman center Joel Embiid listens during teammate Andrew Wiggins' press conference in which Wiggins declared his intention to enter the NBA Draft on Monday, March 31, 2014 at Allen Fieldhouse. Embiid has yet to make a decision about whether he will stay or also enter the draft.

Kansas University freshman center Joel Embiid will announce his future plans today at a 2 p.m. news conference in Allen Fieldhouse, coach Bill Self said Tuesday night. Sources close to the situation told the Journal-World that, barring some late change of heart, the 7-footer from Cameroon is expected to declare for the 2014 NBA Draft. By Gary Bedore