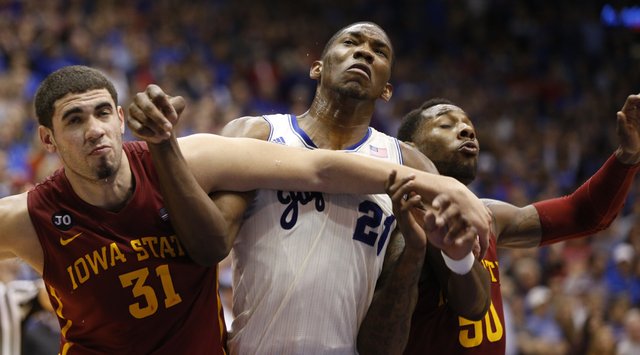 Some images live somewhere in the brain and every so often surface to the conscious level. They never will disappear until that brain shuts down completely.

Iowa State senior forward Georges Niang has been involved in some epic basketball battles with Kansas University the past three years. By Gary Bedore