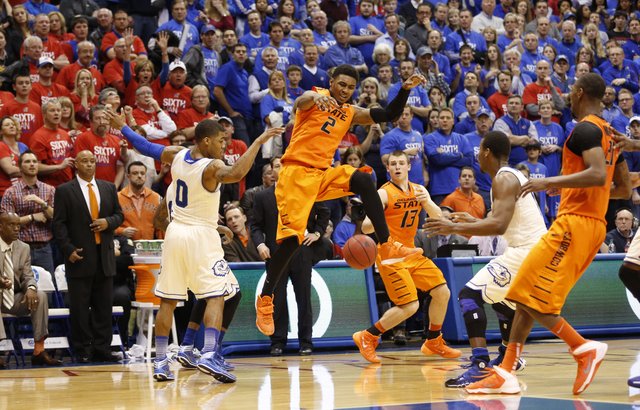 Oklahoma State forward Le'Bryan Nash loses the ball before Kansas defenders Frank Mason (0) and Wayne Selden on the final possession as time expires during the second half on Saturday, Jan. 18, 2014 at Allen Fieldhouse.

Bill Self enthused by Frank Mason’s defense vs. Bears

Frank Mason certainly gave Kansas University’s basketball team an offensive boost off the bench in Monday’s 78-68 victory over Baylor. Yet it was the backup point guard’s ‘D’ that had Kansas coach Bill Self beaming in the wake of KU’s fifth conference victory in five tries. By Gary Bedore