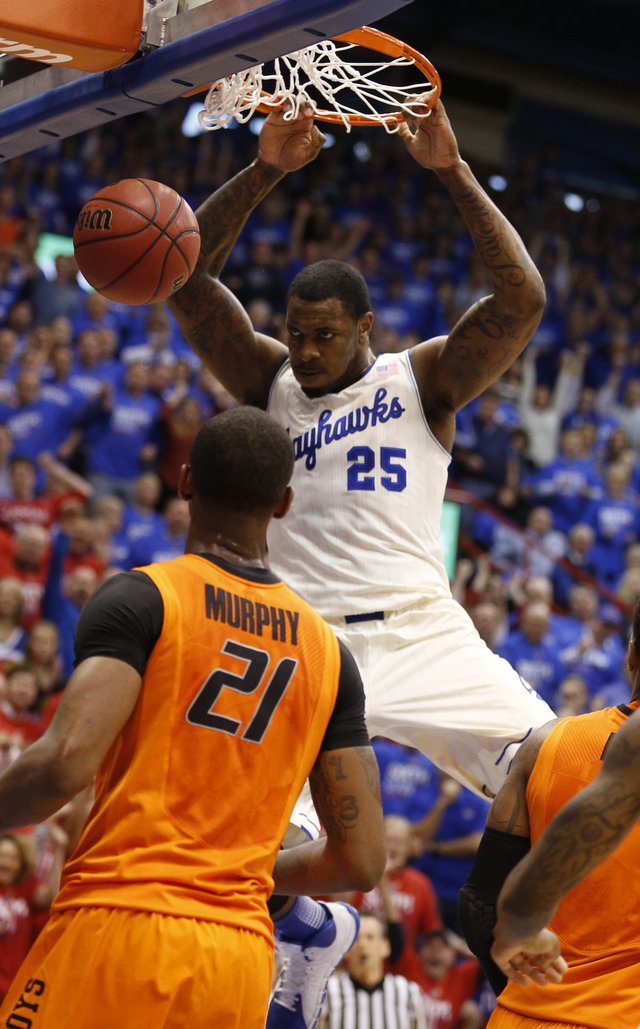 Kansas forward Tarik Black delivers on a dunk before Oklahoma State forward Kamari Murphy during the first half on Saturday, Jan. 18, 2014 at Allen Fieldhouse.

An imposing 6-foot-9, 260-pounder who likes to rebound, but also possesses a soft shooting touch around the rim, Tarik Black figures to make some money next season playing basketball in Europe, if not the NBA. “If I was him, I’d try out for an NFL team, though,” KU coach Bill Self said Wednesday on his weekly “Hawk Talk” radio show. By Gary Bedore

Andrew Wiggins and Perry Ellis, the Kansas University basketball team’s two leading scorers, warmed the bench more than the nets in Saturday afternoon’s 80-78 survival victory against Oklahoma State in Allen Fieldhouse. With good reason, Self showed a great deal of confidence in his bench. By Tom Keegan