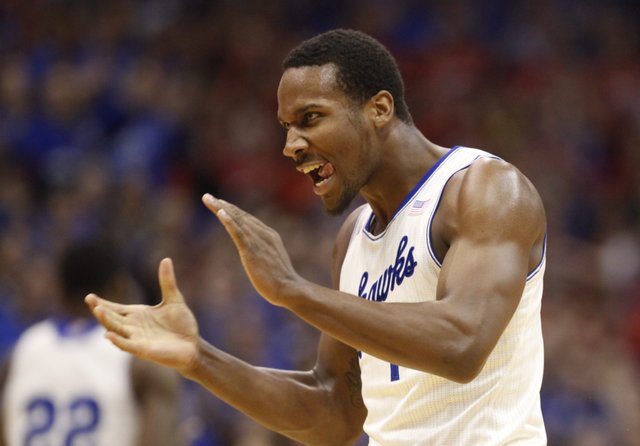 Kansas guard Wayne Selden gets pumped after a Jayhawk dunk against Oklahoma State during the first half on Saturday, Jan. 18, 2014 at Allen Fieldhouse.

Jayhawks to tip off NCAA Tournament run at 3:10 p.m. Friday

The Kansas University men's basketball team earned a No. 2 seed in the 2014 NCAA Tournament and will open its run at 3:10 p.m. CDT on Friday in St. Louis against 15th-seeded Eastern Kentucky.