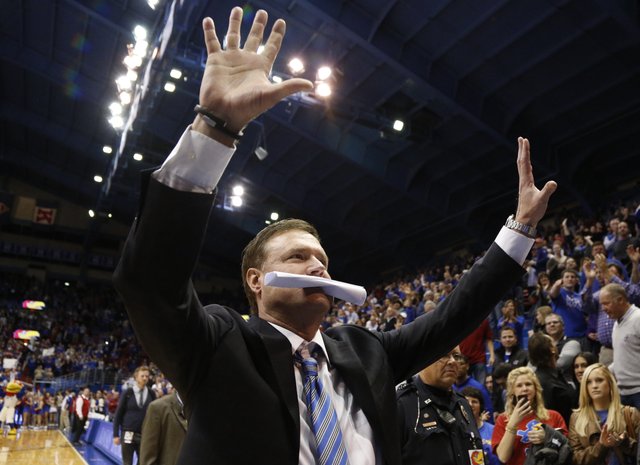 Kansas head coach Bill Self raises up two palms in light of the the Jayhawks' tenth-straight conference title following their 83-75 win over Oklahoma on Monday, Feb. 24, 2014 at Allen Fieldhouse.

Kansas University’s men’s basketball players won’t break out the T-shirts and hats until the day they wrap up the undisputed 2013-14 Big 12 regular-season championship. By Gary Bedore