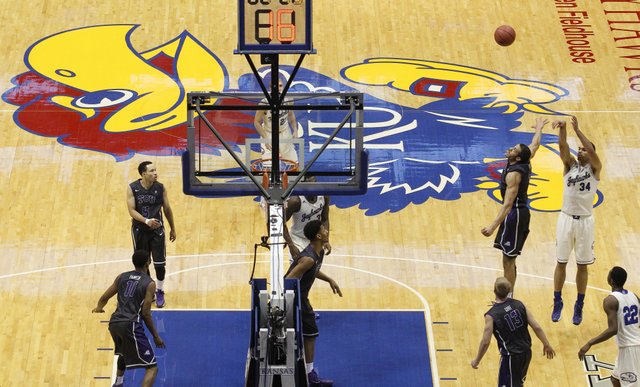 Kansas forward Perry Ellis puts up a shot over TCU forward Amric Fields during the second half on Saturday, Feb. 15, 2014 at Allen Fieldhouse.

Allen Fieldhouse will have a shiny, new basketball floor for its 60th anniversary season. Workers started the process of sanding, sealing, painting and buffing KU’s playing surface on July 29 with the court to be available for men’s and women’s practices around Labor Day. By Gary Bedore