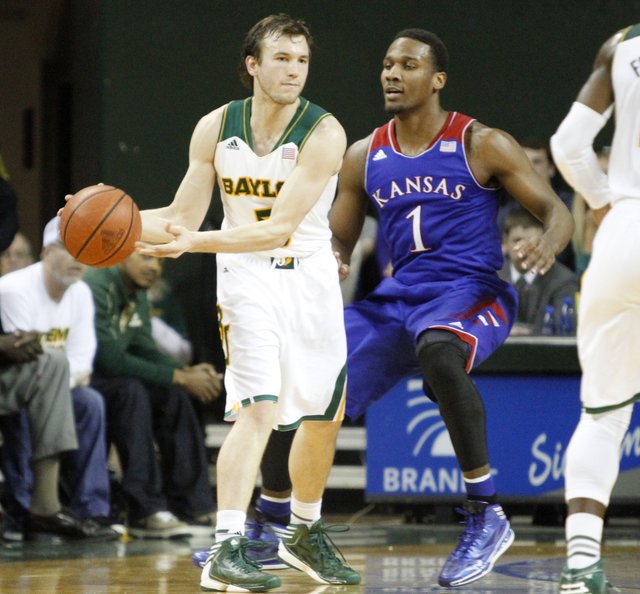 Kansas guard Wayne Selden (1) defends Baylor guard Brady Heslip (5) tight during the second half of the Jayhawks' 69-52 win over the Bears Tuesday, Feb. 4, 2014 at Ferrell Center in Waco, Texas.

Baylor’s Brady Heslip hit four threes in eight tries the first half, then missed his only two attempts the final half of BU’s 69-52 loss to Kansas University on Tuesday in Ferrell Center. By Gary Bedore