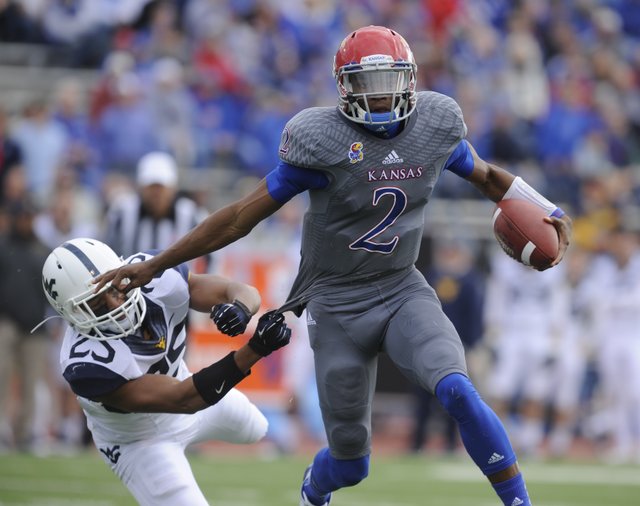 Charlie Weis hinted Tuesday that the goal for his third Kansas University football team equals the win total of the last three seasons combined (six). That might sound unrealistic, but if one player with exciting raw talent develops at a far faster pace than anyone has a right to expect, six is not only a reasonable goal, but as good a place as any to set the over-under bar. Column by Tom Keegan

Column: Cozart’s future at QB, not WR, for Kansas

Todd Reesing beat out Kerry Meier in the spring of 2007, and not too long after that, Meier became one of the most prolific wide receivers in Kansas University football history. Might that happen with Montell Cozart in the event either Jake Heaps or T.J. Millweard beats out Cozart for the starting quarterback job? Probably not. By Tom Keegan

Saturday, during a 31-19 skid-snapping, celebration-inducing victory over West Virginia, Kansas University coach Charlie Weis handed the ball to freshman Montell Cozart and let him do what he does best — win.