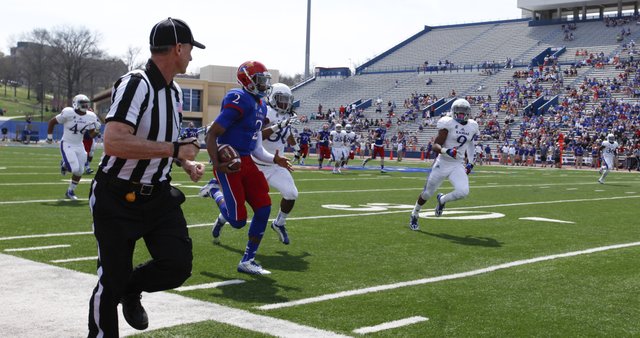 The play that killed any suspense for me as to the identity of the Kansas University football team’s quarterback this coming fall came long before Montell Cozart busted a 60-yard run, long before he found the end zone on two short runs. Column by Tom Keegan