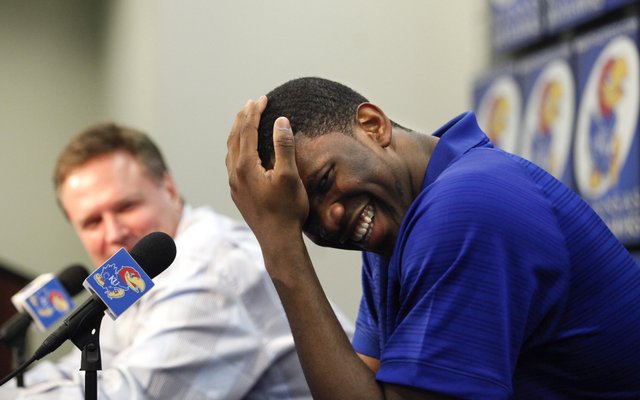 Kansas center Joel Embiid laughs after jokingly being asked to put to bed a rumor that he once killed a lion while growing up in Cameroon, during a news conference on Wednesday, April 9, 2014 at Allen Fieldhouse in Lawrence, Kan.

Possible top pick Embiid kills lyin’ once and for all

Former Kansas University player Joel Embiid is projected to go first overall in the June 26 NBA Draft, according to a five-expert panel in the latest issue of ESPN the Magazine, which also gets to the bottom of the 7-footer's tall tale about a lion in Cameroon. Basketball notes by Gary Bedore

Every time I hear someone say that Joel Embiid will be a top-five pick in the next NBA Draft, I wonder if I have missed something. By Tom Keegan