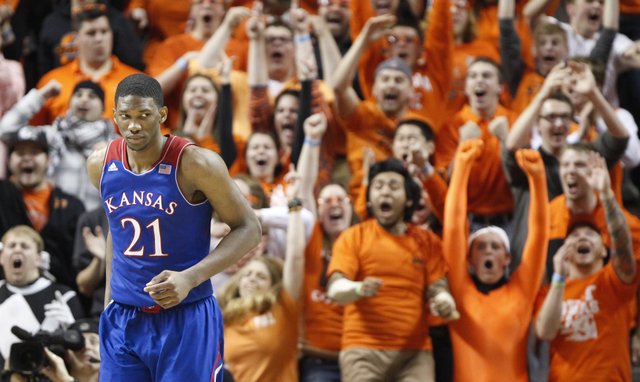 The Oklahoma State student section explodes behind Kansas center Joel Embiid following a bucket by the Cowboys late in the second half on Saturday, March 1, 2014 at Gallagher-Iba Arena in Stillwater, Oklahoma.

Self says 7-footer will be reevaluated Sunday

Kansas University freshman Joel Embiid will miss the Jayhawks' game against Texas Tech on Wednesday and the game Saturday at West Virginia because of his lower back strain, coach Bill Self said Monday afternoon. By Gary Bedore