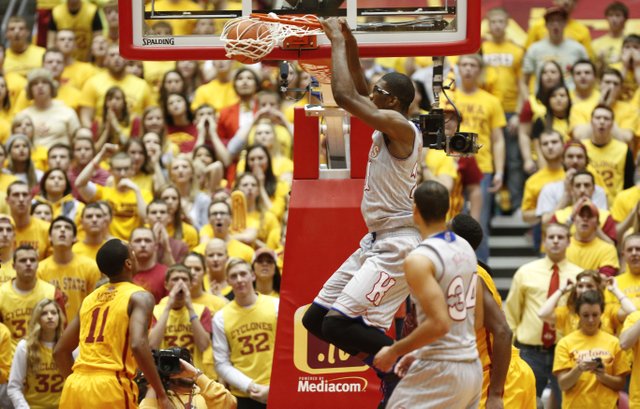 Kansas center Joel Embiid delivers a dunk against Iowa State during the first half on Monday, Jan. 13, 2014 at Hilton Coliseum in Ames, Iowa.

Even on a night when Naddir Tharpe played with fire in his eyes and on his shooting hand, a night Andrew Wiggins flashed insane quickness and snared 19 rebounds, the Jayhawks needed a big second half from center Joel Embiid to survive 24 turnovers in a 77-70 win. By Tom Keegan