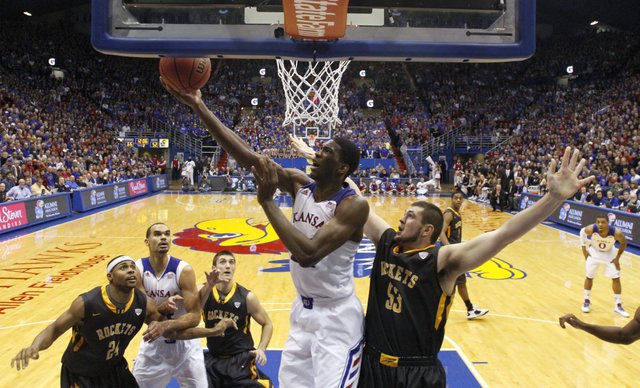 Kansas center Joel Embiid dips under the bucket for a reverse layup after being fouled by Toledo center Nathan Boothe during the second half on Monday, Dec. 30, 2013 at Allen Fieldhouse.

Every time I hear someone say that Joel Embiid will be a top-five pick in the next NBA Draft, I wonder if I have missed something. By Tom Keegan

Better every day: After relaxing break, KU freshman Embiid all about improvement