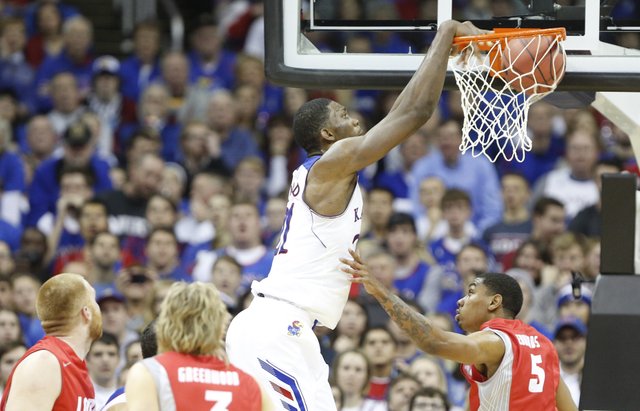 Joel Embiid, who averaged 20.2 minutes in Kansas University’s first nine games of the 2013-14 season, figures to see a dramatic increase the rest of the way. “We need to play him all the time,” KU coach Bill Self said after the 7-foot freshman from Cameroon exploded for a career-high 18 points with six rebounds, four blocks and three steals while working 25 minutes in the Jayhawks’ 80-63 victory over New Mexico on Saturday night in Sprint Center. By Gary Bedore