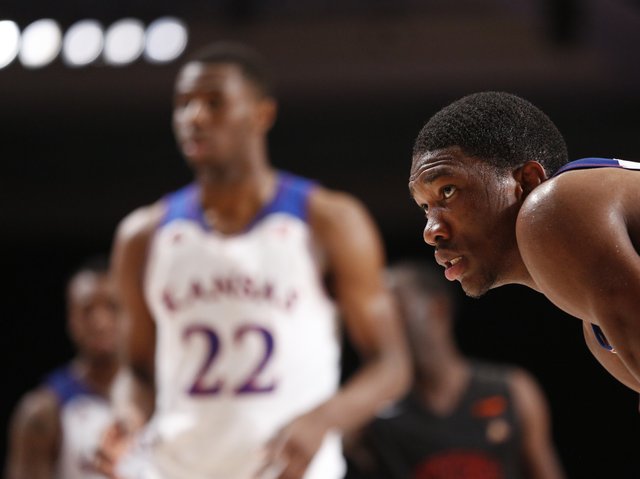 Bill Self weighs in on Big 3 draft order

Barring some monumental surprise, one of three players — Andrew Wiggins, Joel Embiid, Jabari Parker — will be taken first in the June 26 NBA Draft. It’s the order in which the Big Three will be selected that has everybody guessing with a month to go before the NBA extravaganza in Brooklyn, New York. By Gary Bedore

Boston Celtics president of basketball operations Danny Ainge said he’s not sure how the absence of Andrew Wiggins, Joel Embiid and Jabari Parker at this week’s NBA Combine will affect the three players’ positioning at the top of the draft. By Gary Bedore

Freshman center Joel Embiid, who has emerged as KU’s most dominant, most important player, must learn how to stay out of foul trouble. By Tom Keegan