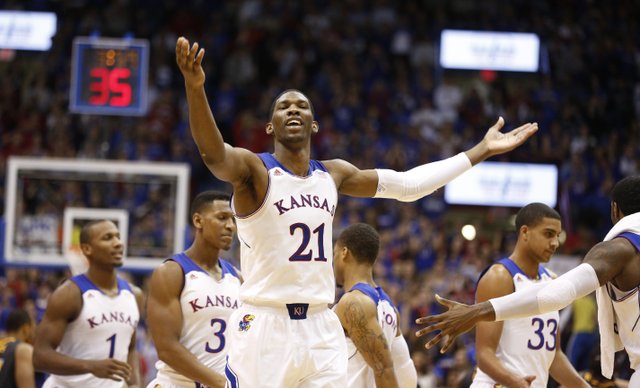 Kansas center Joel Embiid raises up the fieldhouse during a Jayhawk run in the second half on Friday, Nov. 22, 2013 at Allen Fieldhouse.

Self: Positively no decision has been made regarding Joel Embiid's future

After a wild morning of reports and Twitter comments about Joel Embiid's future, Kansas University coach Bill Self told the Journal-World late Thursday morning that "positively no decision has been made regarding Joel Embiid's future." By Gary Bedore

If given another opportunity to face No. 2 Kansas University, Towson basketball coach Pat Skerry thinks he might have discovered a way to slow down the Jayhawks. Unfortunately, his master plan would violate one of the most basic rules of basketball. By Matt Tait