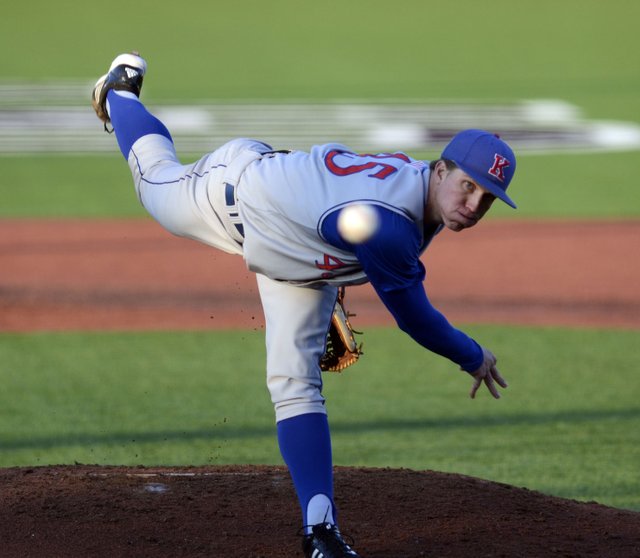 Sarah Midgorden, Special to the Journal-World

Kansas University's Jordan Piche’, who was dominant at the back end of games throughout the 2013 season, was roughed up for five runs and four hits in the bottom of the first against Kansas State on Friday, setting the tone for a 10-0 defeat. By Matt Tait