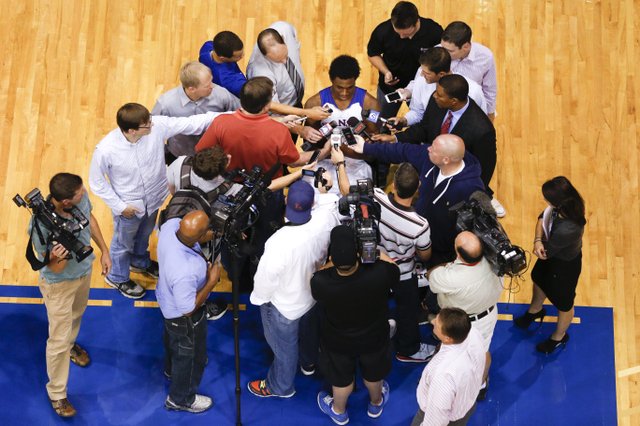 Kansas freshman guard Andrew Wiggins was named to the preseason all-Big 12 first team, marking the first time a freshman has earned that honor in the conference's history.

And so it begins: Freshman Wiggins, Jayhawks set for season