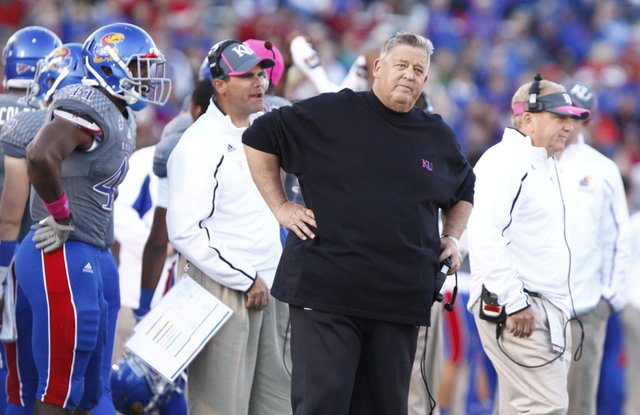 Kansas head coach Charlie Weis watches as a challenged fumble is ruled in favor of Oklahoma during the fourth quarter on Saturday, Oct. 19, 2013 at Memorial Stadium.

With each Kansas loss, some people might jump off the Charlie Weis bandwagon, but it doesn't appear his players are doing the same thing, Journal-World sports editor Tom Keegan writes.