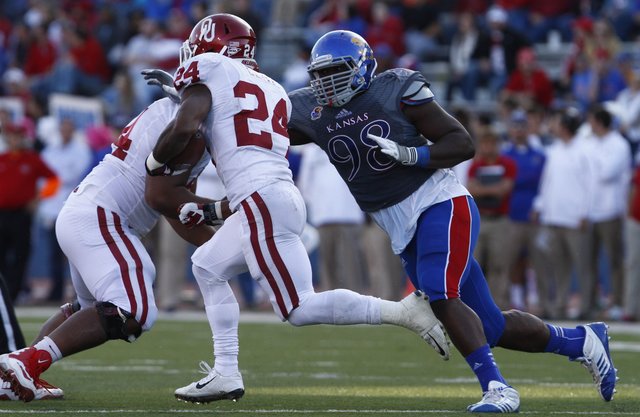 Kansas defensive lineman Keon Stowers looks to get around a block as he goes after Oklahoma running back Brennan Clay during the fourth quarter on Saturday, Oct. 19, 2013 at Memorial Stadium.

Ridiculously high coaching turnover qualifies as one of many reasons the Kansas University football program is coming off its worst five-year run (12-48) in history. By Tom Keegan