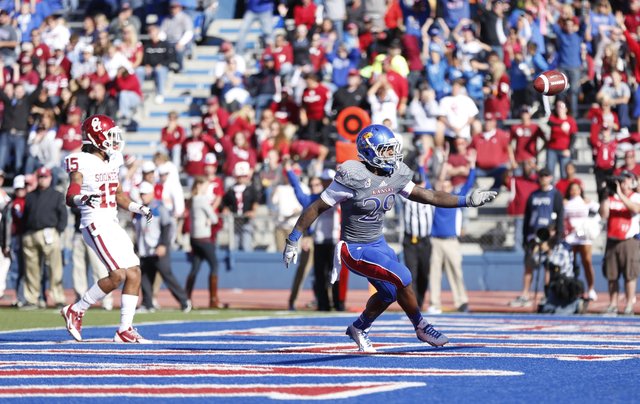 Kansas running back James Sims flips the ball to an official after scoring a touchdown against Oklahoma during the second quarter on Saturday, Oct. 19, 2013 at Memorial Stadium.

The Kansas football team will once again end the 2014 regular season against its biggest rival.

Aslam Sterling was a busy man during his second start of the season at right tackle on Saturday. And that's because most of the power running plays that worked beautifully during the early portion of Kansas University's 34-19 loss to No. 18 Oklahoma went right behind the 6-foot-5, 315-pound senior, who started the season at left tackle. By Matt Tait