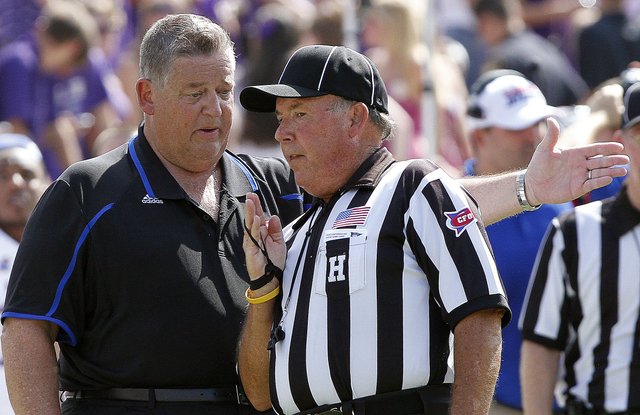 Kansas coach Charlie Weis works on an official to make his point that a TCU player that was out of bounds during Saturday's game in Fort Worth, Texas.

A proposed rule change for the 2014 college football season could impact the way Kansas University and others defend the fast-paced offenses that have created havoc during recent seasons. By Matt Tait

Kansas University football coach Charlie Weis announced a shakeup with his own staff on Tuesday to try to jump-start a KU offense that has struggled most of the season. By Matt Tait

Quarterback Jake Heaps isn’t the right fit for a team that has an offensive line that can’t protect the quarterback without holding, Journal-World sports editor Tom Keegan says, but true freshman Montell Cozart just might be.

I don't know what to think, as if it really matters. However, I think I'll keep my day job and quit dreaming of being a coaching genius.