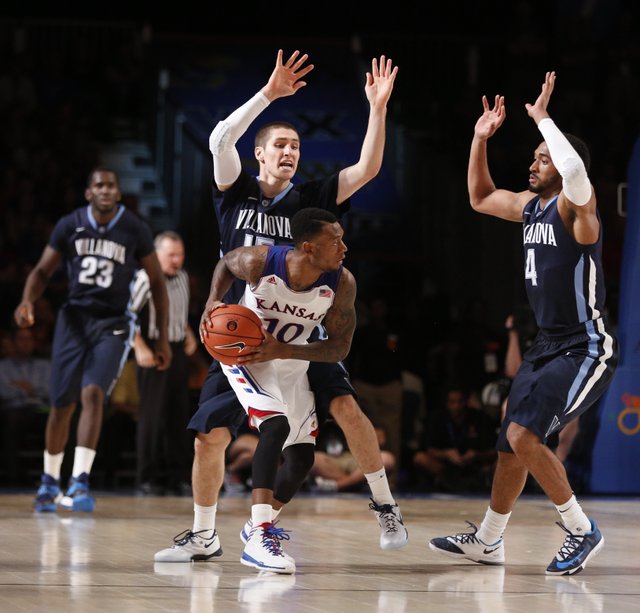 Kansas guard Naadir Tharpe looks for an outlet as he is trapped by Villanova defenders Ryan Arcidiacono and Darrun Hilliard (4) during the second half on Friday, Nov. 29, 2013 in Paradise Island, Bahamas.

No trip to title game for KU

A spot in the third-place game is not what Kansas University’s basketball team and its loyal fanbase that occupied all but a handful of the seats in 3,900-seat Imperial Arena wanted at the Battle 4 Atlantis holiday tournament in paradise. By Gary Bedore