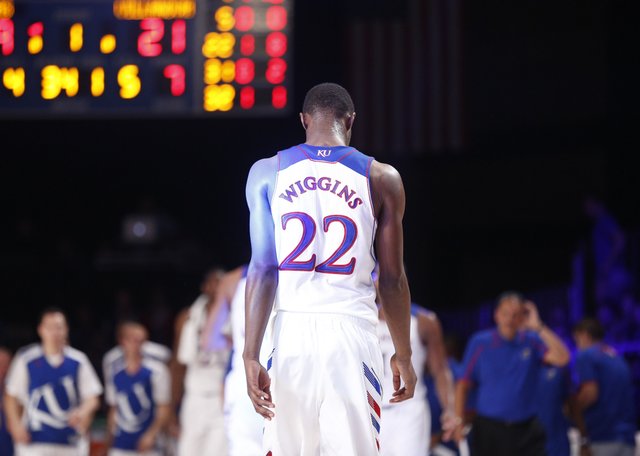 Kansas guard Andrew Wiggins hangs his head while heading to the bench after a string of Jayhawk turnovers against Villanova during the first half on Friday, Nov. 29, 2013 in Paradise Island, Bahamas.

Opinion: Wiggins’ growing pains worth it

Andrew Wiggins played one lousy basketball game in the Bahamas. During the three-game Battle 4 Atlantis, he was no better than Kansas University’s third-best freshman, ranking behind Joel Embiid and Frank Mason. Columnist Tom Keegan has two words to say about that: So what?