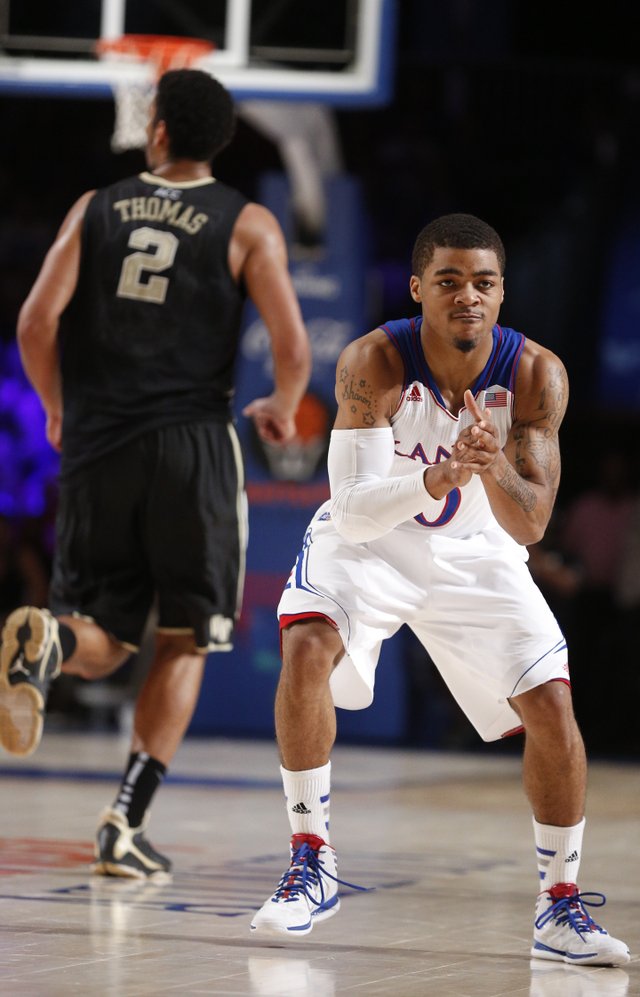 Kansas guard Frank Mason claps his hands as he gets back on defense against Wake Forest after hitting a three-pointer during the second half of the Battle 4 Atlantis opening round on Thursday, Nov. 28, 2013 in Paradise Island, Bahamas.

Singer, songwriter, rapper and actor Trey Songz, who is used to performing under pressure, had some words of advice for buddy Frank Mason before Wednesday’s Kansas University-Iowa State basketball game in Allen Fieldhouse. By Gary Bedore

Frank Mason to open at point guard for Jayhawks

Kansas University basketball coach Bill Self, who has used the same starting lineup the past six games, will alter the opening five Saturday at Colorado. By Gary Bedore

The play of Frank Mason has been beyond surprising. He has really performed well. Just a shock that everyone can't see the upside potential of this guy.

How did everyone else overlook him? When he comes into the game it's like the second coming of One of my favorite players, Adonis Jordan.

When he gets confident with the three ball, look out!