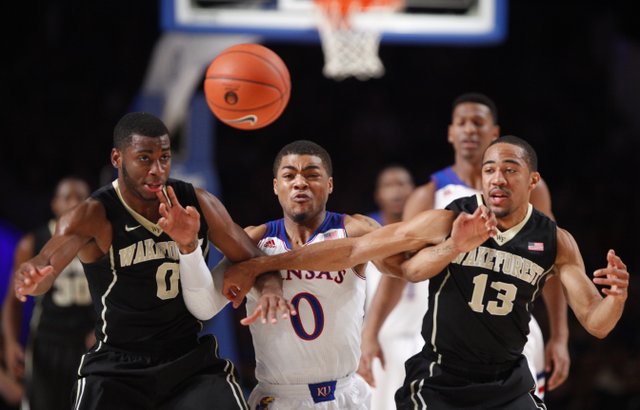 Kansas guard Frank Mason fights for a loose ball with Wake Forest defenders Codi Miller-McIntyre (0) and Coron Williams during the first half of the Battle 4 Atlantis opening round on Thursday, Nov. 28, 2013 in Paradise Island, Bahamas.

Kansas University basketball coach Bill Self was brutally honest with his star-studded starting five during his postgame speech following an 87-78 first-round Battle 4 Atlantis victory over Wake Forest on Thursday in Imperial Arena. By Gary Bedore

This photo is the most boss.