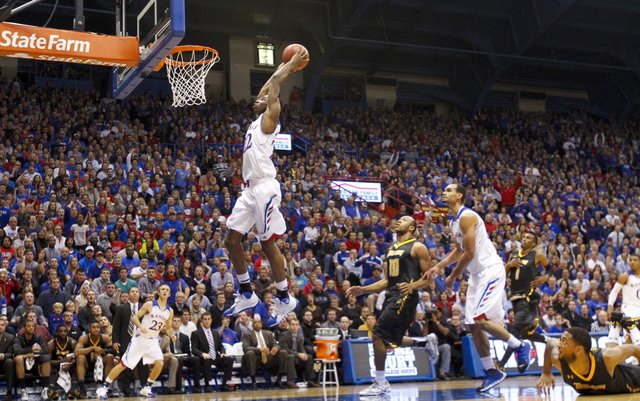 Thousands watch as Kansas guard Andrew Wiggins soars in for a jam on a breakaway against Towson during the first half on Friday, Nov. 22, 2013 at Allen Fieldhouse.

Kansas University’s basketball team, which led the country in field-goal-percentage defense last year (.361) and has ranked first in the Big 12 in that category in eight of Bill Self’s first 10 seasons in Lawrence, has been amazing on offense through four games of the 2013-14 campaign. By Gary Bedore