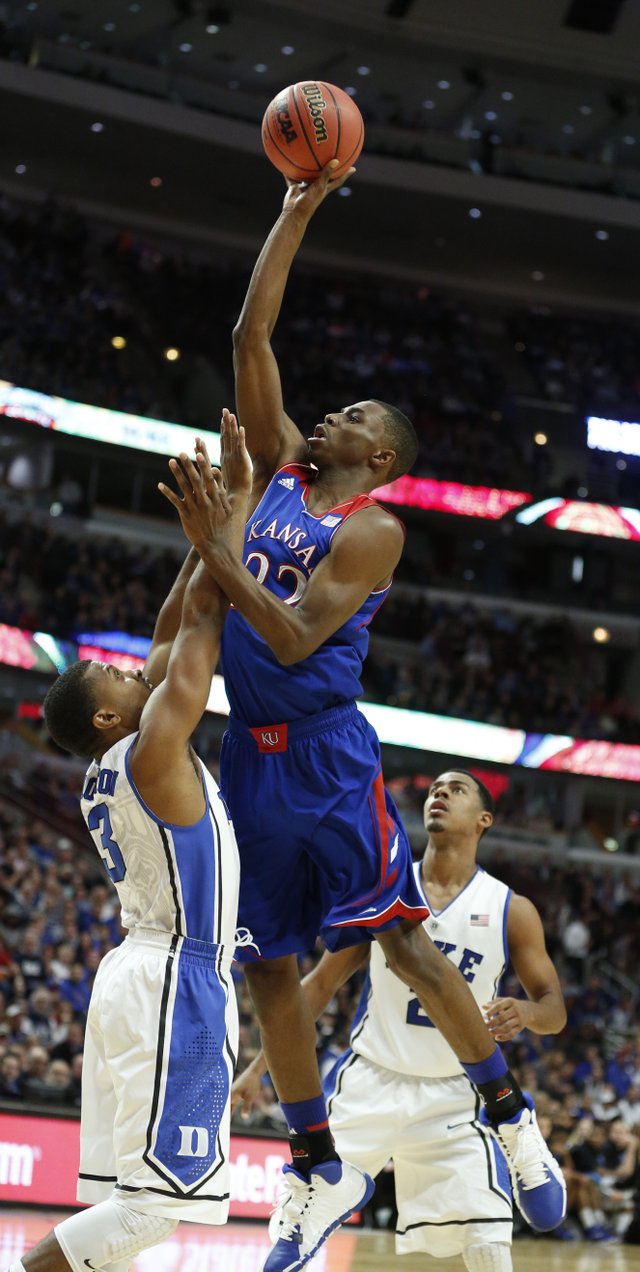 Kansas forward Andrew Wiggins floats for a shot over Duke guard Tyler Thornton during the second half of the Champions Classic matchup on Tuesday, Nov. 12, 2013 at the United Center in Chicago.

The Kansas duo of sophomore forward Perry Ellis and freshman guard Andrew Wiggins have been named the Big 12 Player and Newcomer of the Week in a vote by a media panel which covers the league, the conference announced Monday.