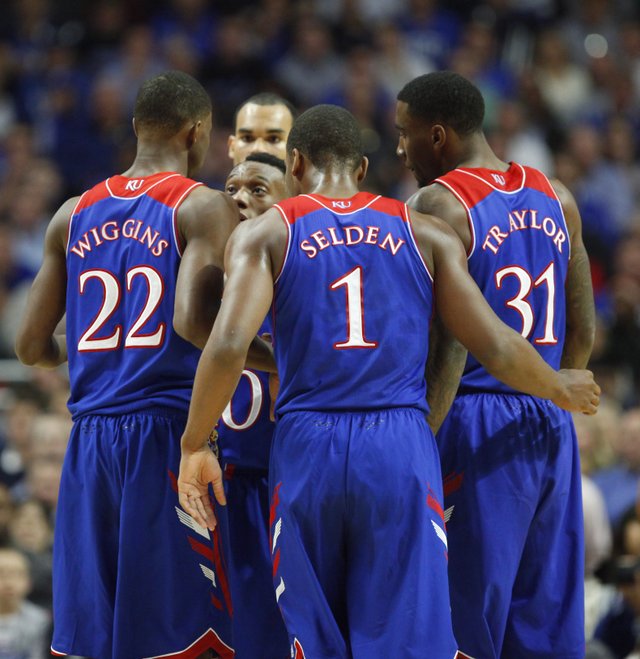 Somehow, the players on Bill Self’s 11th Kansas team, the most talented, least experienced one he has coached, looked as if they had been playing together since Biddy Basketball. As freshman Andrew Wiggins sat out the latter portion of the first half with two fouls, classmates Wayne Selden and Frank Mason made sure Duke didn’t exploit his absence. By Tom Keegan