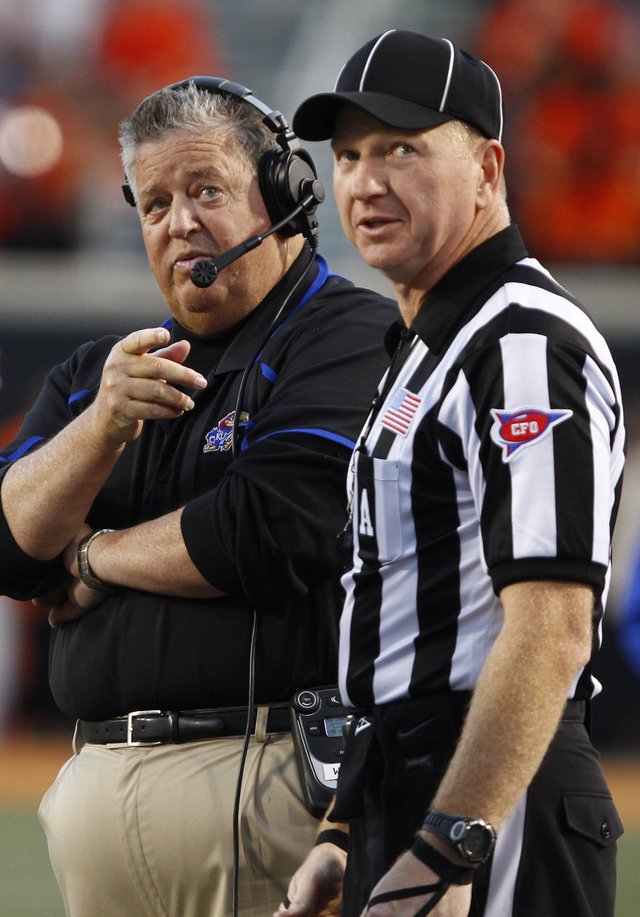 Kansas head coach Charlie Weis tries to point out what he thought was an Oklahoma State fumble to a game official during a replay in the fourth quarter on Saturday, Nov. 9, 2013 at Boone Pickens Stadium in Stillwater, Oklahoma. The ruling that the ball was downed by contact was confirmed.