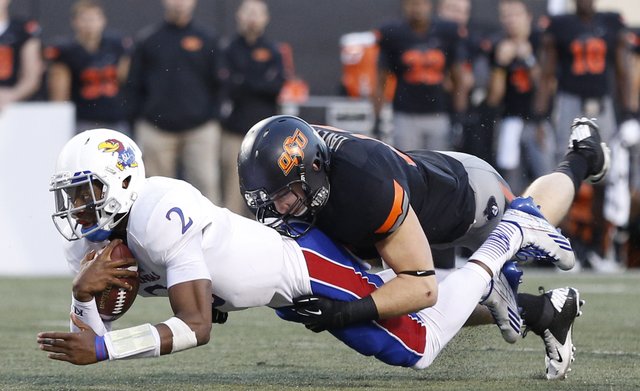 Kansas not only Big 12 team struggling at QB

To Jayhawk fans, it might seem as if the Kansas University football team’s search to find a quarterback to take the reins and run has been a bigger struggle in Lawrence than anywhere else. But a quick look around the Big 12 Conference shows the opposite is true. By Matt Tait

The scoreboard didn’t reflect it, but for the first time since Todd Reesing, the little gunslinger from Austin, Texas, set the Kansas University football team on fire, the Jayhawks had a trigger man Saturday who was able to turn a broken play into an exciting one that made a defense that did everything right end up on the wrong end of a big play. By Tom Keegan