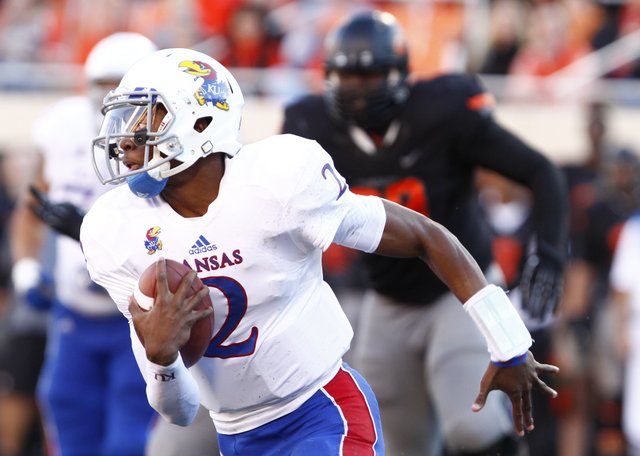 Kansas quarterback Montell Cozart takes off on a run against Oklahoma State during the second quarter on Saturday, Nov. 9, 2013 at Boone Pickens Stadium in Stillwater, Oklahoma.

According to Pro Football Focus, Kansas sophomore tackle Daniel Wise played better than almost every interior defensive lineman in the nation last week during the Jayhawks’ loss to Ohio. By Benton Smith