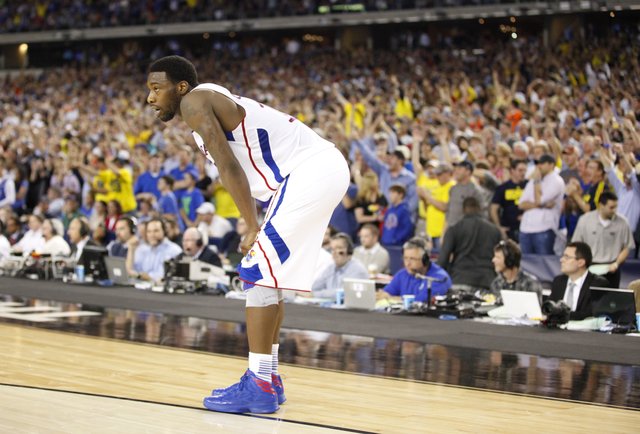 Elijah Johnson stood hunched over on the Cowboys Stadium basketball court, a picture of utter dejection after the final buzzer sounded in the final game of his Kansas University basketball career — Friday’s 87-85 overtime setback to Michigan in the Sweet 16 of the NCAA Tournament. By Gary Bedore• Box score• Bill Self postgame audio