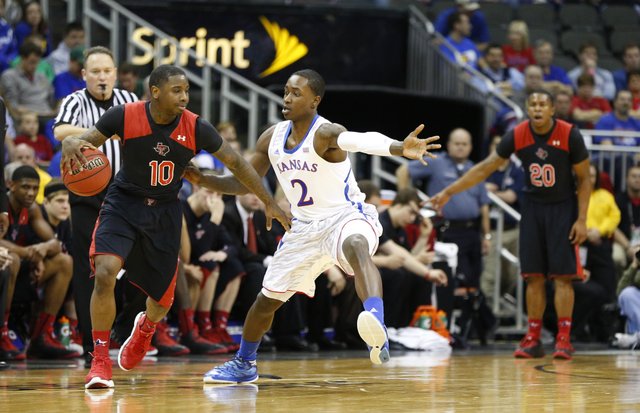 Kansas guard Rio Adams defends against Texas Tech guard Daylen Robinson during the second half of the second round of the Big 12 tournament on Thursday, March 14, 2013 at the Sprint Center in Kansas City, Missouri.

Kansas University freshman guard Rio Adams made the most of his five minutes of playing time on Thursday in Sprint Center. By Gary Bedore