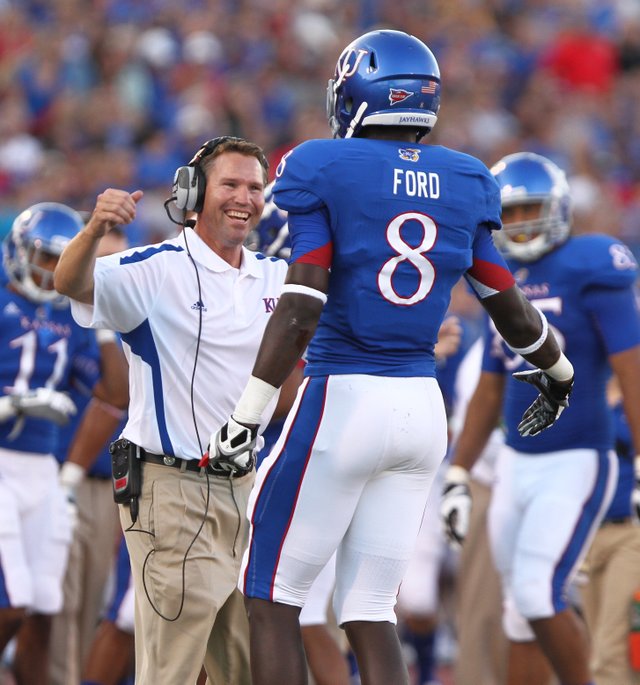 Kansas senior receiver Josh Ford is ready to be more than a special teams player. After spending most of last season third at X receiver on the depth chart, Ford’s strong camp has put him in position to compete for a starting job. By Jesse Newell

Though Kansas University receiver Josh Ford was happy with his blocked punt in Saturday’s 31-17 victory over South Dakota State, he says it’s not his best one. Not even close.