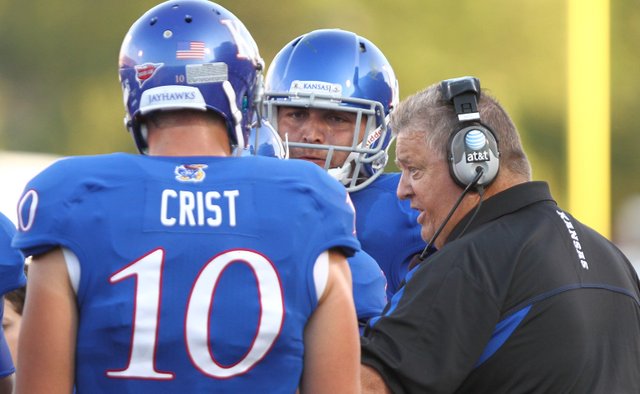 When Notre Dame graduates Dayne Crist, Anthony McDonald and Mike Ragone decided to team together for one more season of college football, they envisioned a scenario that played out much differently than the one the senior transfers have experienced this season at Kansas University. By Matt Tait

Fans of Kansas University football — particularly those who had hoped to see a blowout in Saturday’s season opener — might have gotten a jump-start on critiquing KU’s 31-17 victory against South Dakota State on Saturday night. KU coach Charlie Weis did his best to catch up Sunday.