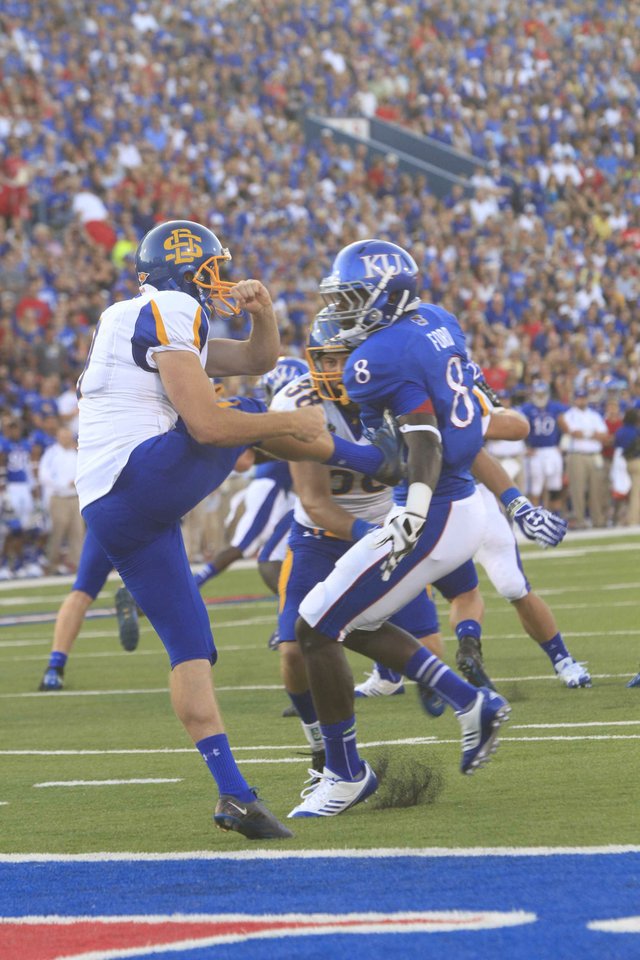 Kansas' Josh Ford blocks a punt by South Dakota State's Ethan Sawyer in the first half of Saturday's game at Memorial Stadium.

Though Kansas University receiver Josh Ford was happy with his blocked punt in Saturday’s 31-17 victory over South Dakota State, he says it’s not his best one. Not even close.