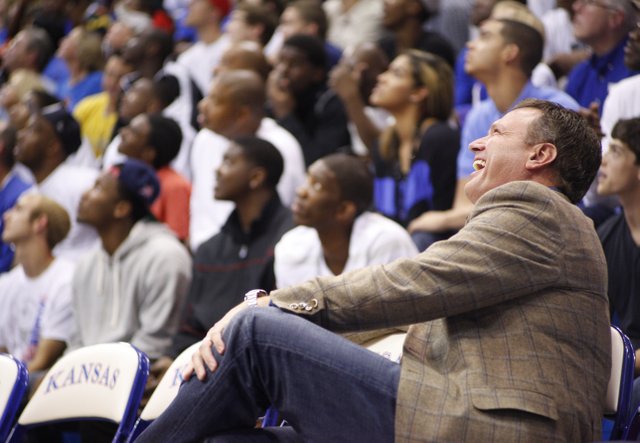 Kansas head coach Bill Self laughs during a video skit showing his home run during the Celebrity All-Star Game.

The Kansas men's basketball team is ranked No. 7 in the preseason USA Today coaches poll released Wednesday. Two other Big 12 schools made the top 25: Baylor at No. 18 and Texas at No. 25. Missouri was picked No. 17.

After festivities, Jayhawks get down to business

Kansas University’s basketball players were back on the court — for the first real practice of the 2012-13 season — a mere 13 hours after Friday’s festive Late Night in the Phog.