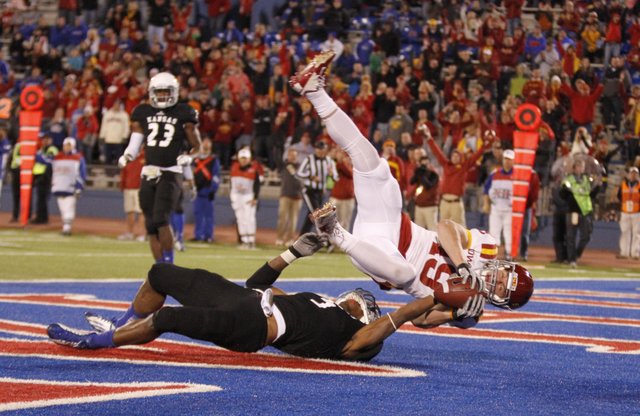 Iowa State receiver Josh Lenz bounces off Kansas cornerback Greg Brown as he falls into the endzone for a touchdown during the fourth quarter, Saturday, Nov. 17, 2012 at Memorial Stadium.

Iowa State backup quarterback Sam Richardson — who carried the ball twice and didn’t throw a pass in mop-up duty against Western Illinois the third week of the 2012 season — on Saturday was awarded appearance No. 2 at Kansas University’s Memorial Stadium. By Gary Bedore