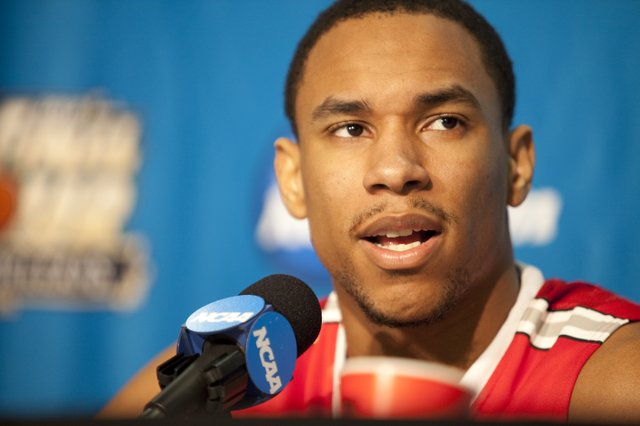 Ohio State forward Jared Sullinger talks about his regret for not playing the Jayhawks at Allen Fieldhouse when the two teams met earlier this year, Thursday, March 29, 2012.

Jared Sullinger-Thomas Robinson only part of it

When former Ohio State point guard James “Scoonie” Penn helped lead the Buckeyes to the 1999 Final Four, he did so without the luxury of playing with a dominant big man.