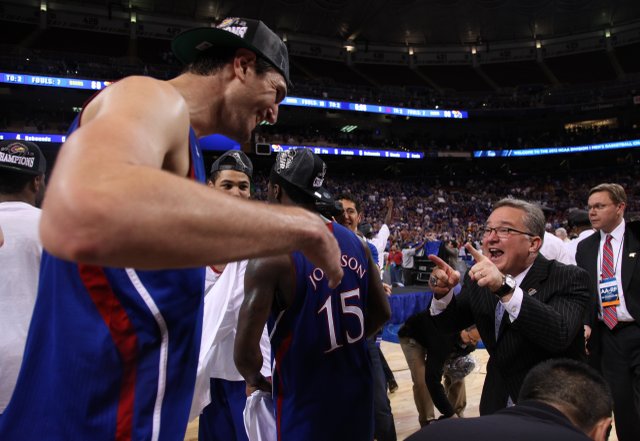 Kansas center Jeff Withey celebrates with director of basketball operations Barry Hinson after the Jayhawks' 80-67 win over North Carolina to advance to the Final Four on Sunday, March 25, 2012 at the Edward Jones Dome in St. Louis.

Endless smiles. Quick one-liners. Southern-fried charm. An encouraging word and a drop of wisdom for everyone who crossed his path.

Barry Hinson to be hired by SIU at 3:30 p.m. press conference

Kansas director of basketball operations Barry Hinson will be announced as Southern Illinois' head coach at a 3:30 p.m. press conference.

Kansas University director of basketball operations Barry Hinson has accepted an offer to become the head coach at Southern Illinois, according to Jeff Goodman of CBS Sports and Carbondale KFVS-TV 12's website.